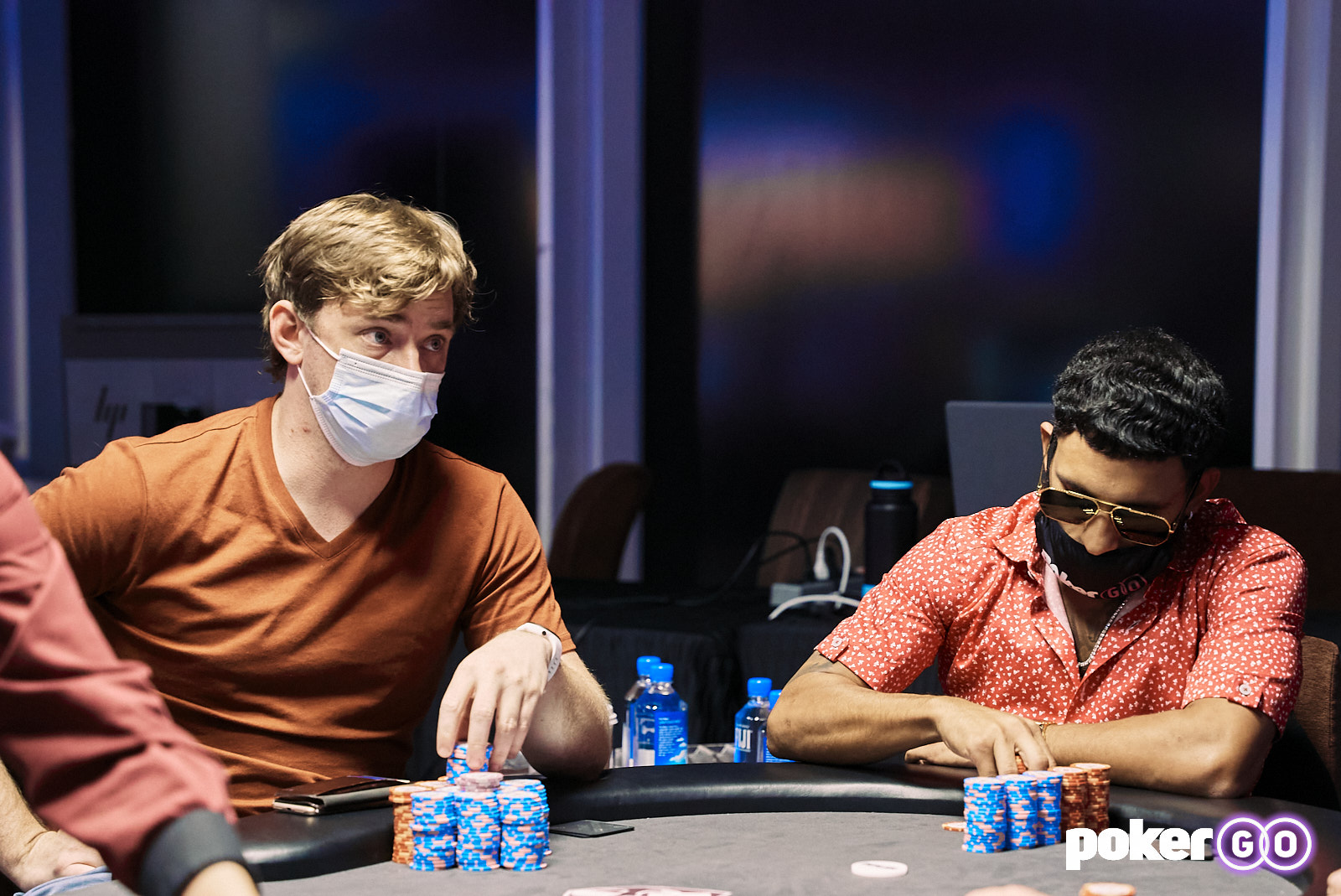 Ap Louis Garza eliminated the final three players of the day and heads into the final table of five with over a one million chip lead against second-place Chris Brewer. Joining Brewer and Garza are John Riordan, Brock Wilson, and Darren Elias. Garza and Wilson cash for the third time, Riordan cashed for the fourth time, and Elias cashed for the second time. Meanwhile, Brewer cashes for the first time in the 2021 Poker Master.

After finishing third in Event #7, Garza hoped right into his first career $25,000 and didn’t let his foot off the gas as he entered the unofficial final table with the chip lead. From there, Garza won the three key flips to extend his lead further.

Matthew Wantman came into the final table second in chips, but after doubling up Brewer and Riordan, Wantman found himself all-in for his last 665,000, holding pocket tens against the ace-queen of Garza. The flop and turn landed clean, but a river ace sent Wantman to the rail in sixth place for $85,500.

Alex Foxen started the final table seventh in chips and eventually fall when his ace-king was bested by Garza’s ace-queen. Foxen opened to 165,000 from under the gun with 100,000 behind. Garza three-bet to 300,000, and Foxen called. The board ran out queen-high, and Foxen headed to the rail in seventh place for &71,250.

Ian O’Hara finished in eighth place for $57,000 after coming into the unofficial final table nine of nine in chips. O’Hare would run his last 355,000 into the middle holding pocket sixes against the ace-jack of Garza. Garza would river trips to send O’Hara to the rail.

Eliran Yamin finished in ninth place for $42,750 when he suffered a brutal beat against Chris Brewer. Both players held nine-six on

, but Brewer held the

of hearts giving him the added flush draw. The tun

gave both players a pair, but when the river

hit, the felt Yamin was eliminated.

The 57-entrant field created a prize pool of $1,425,000 and the final five players are guaranteed at least $114,000, with the winner taking home $427,500. With four events to go the race for the purple jacket could look remarkably different following the final table.

Daniel Negreanu currently leads the way with 281 points, followed close by Sean Perry with 280. Wilson meanwhile sits in third place with 272 and because he is guaranteed no less than 68 points Wilson currently sits atop the stands but still had work to do if he wants it to stay that way. Riordan currently sits with 122 points and needs a second place or better finish to jump into the top five, he has a chance to take the lead if he wins the event and Wilson fourth or fifth. Garza also has a shot to jump into the top five with a third place or higher finish and takes the lead with a win.

When play resumes the players will start level 15, the button is in seat 5 and there is a single big blind

The final five players will return to the PokerGO Studio on Wednesday, September 15, at 12 p.m. PT with the final table airing on PokerGO.com at 1 p.m. PT.