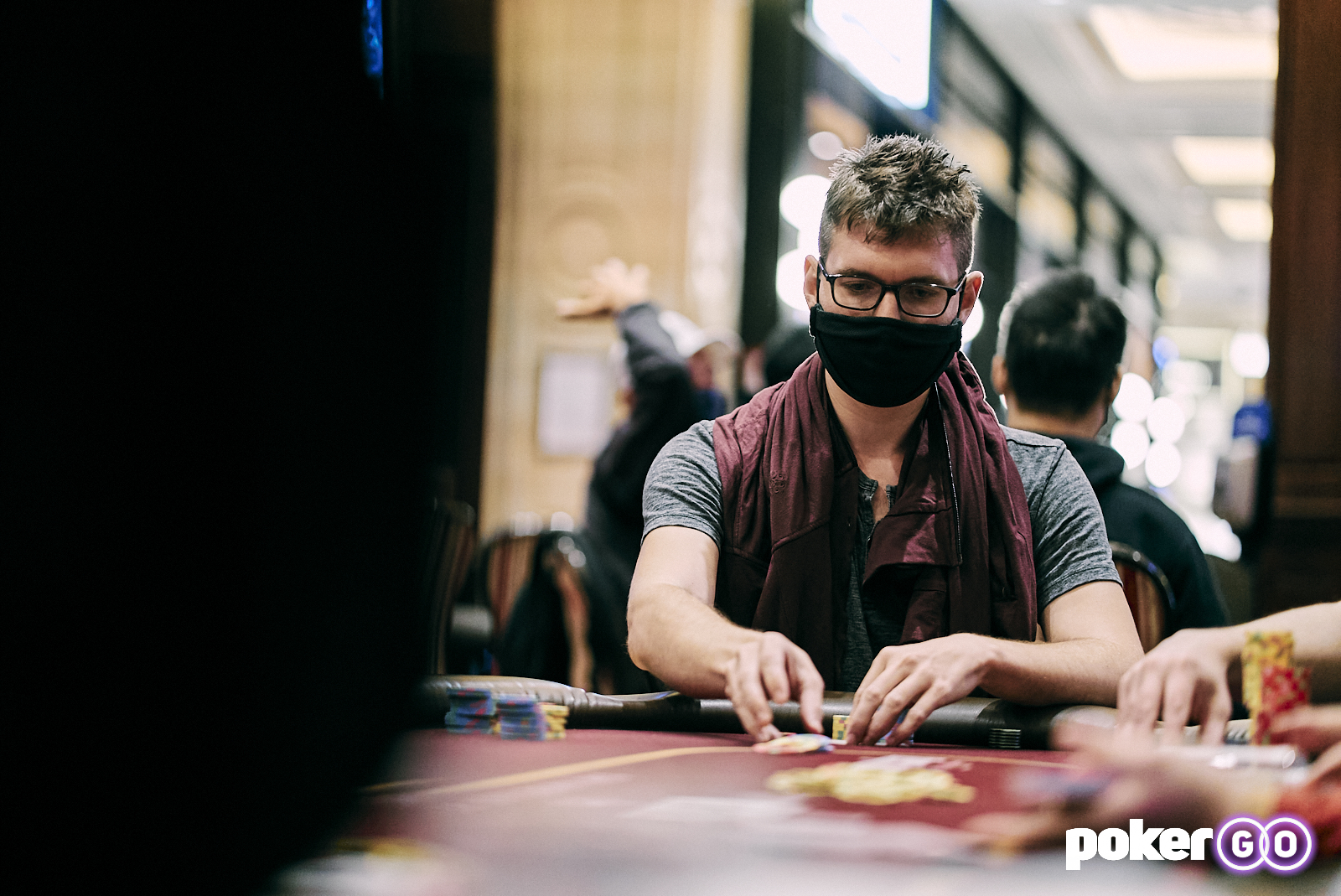 After a grueling two and a half hours of three-handed and heads-up play, Andrew Lichtenberger topped a field of 30-entrants to win the Venetian High Roller Event #4: $10,000 No-Limit Hold’em for $120,000. Lichtenberger headed into three-handed play second in chips behind runner-up Anuj Agarwal, but it was far from smooth sailing as chips were flying back and forth as neither player would give an inch. The 30-entrant field would create a total prize pool of $300,000, with the winner taking home $120,000.

Lichtenberger would slip to just under 500,000 late in level 13 before making a run when he slowly built his stack back before picking off Cary Katz with only a pair of sixes on an ace-high board to move back to second in chips. Lichtenberger would find himself with the chip lead and close to two million in chips when he scored a massive double late in level 14 when he got all-in for his last 855,000 holding pocket kings against the jack-ten of Agarwal. The board ran out ace-high, but Lichtenberger had Agarwal drawing dead by the turn.

After a valiant back and forth, Cary Katz would eventually fall in third place for $48,000 after running his king-three into the pocket kings of Lichtenberger. Katz turned a straight draw that would have kept him in the tournament, but when the river landed a nine, Katz missed his flush and was eliminated.

Nearly an hour later, after pathing chips back and forth, both players sat at 1.5 million, and it would take a cooler to end the night. Agarwal moved all-in holding pocket aces and was snap-called by Lichtenberger would held pocket tens. The turn fell a ten to give Lichtenberhger a set and end the battle sending Agarwal home in second place for $78,000.

Eric Worre would hold the chip lead for most of the day, and he parlayed that early success into a fourth-place finish for $33,000. Worre would be Lichtenberger’s first victim at the final table when he got his last 355,000 into the middle holding ace-queen, but it was no good as Lichtenberger held pocket aces. The board ran out clean, and Lictchenberger would eliminate every other member of the final table en route to the title.

Sean Winter took advantage of the late registration period and began to play just after the dinner break parlaying that into a fifth-place finish for $21,000. Andy Park would have the unfortunate distinction of being the bubble as he was eliminated in sixth place. Park navigated a short stack for much of the day but would eventually fall when his pocket tens were cracked by the jack-nine of Agarwal. Other notables to finish just off the money included Nick Petrangelo, PokerGO Tour points leader Ali Imsirovic and Bill Klein.

The PokerGO News Live Reporting team will be back on The Venetian Resort Las Vegas to provide live updates of Event #5 $10,000 No-Limit Hold’em starting Friday, August 13, at 2 p.m. PT.