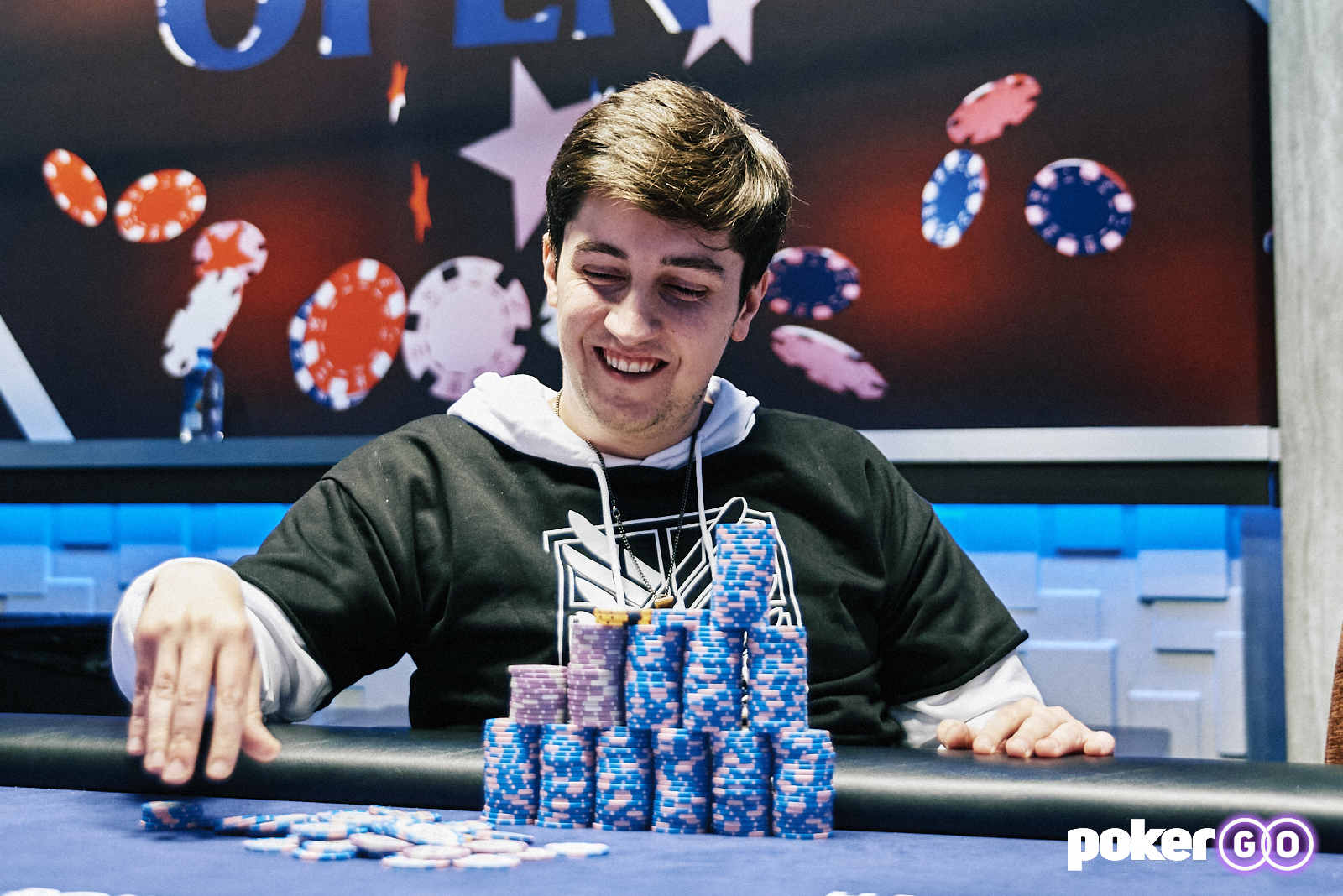 Ali Imsirovic leads the final table of Event #9 $10,000 No-Limit Hold’em after an epic final hour and a half of play, in which he scooped separate pots of two million and four million chips holding

to end the night with 41 percent of the chips in play.

With 12 players remaining, Imsirovic was sitting at just 675,000 but slowly built his stack to over a million in chips to set him up for his first massive pot of the evening, in which he took over one million chips from Kade, who had rivered the nut flush against his flopped full house.

Imsirovic’s second huge hand of the evening came on the first shuffle of the unofficial final table when he got it, all-in preflop holding kings, against the aces of Mazen Abdallah for a four million chip pot. Imsirovic would flop a set of kings to crack the aces of Abdallah, eliminating him in eighth place.

Jared Jaffee was eliminated on the money bubble by Foxen when he got it all-in from the small blind holding ace-jack against the pocket nines of Foxen. Other notables to finish just off the money included Seth Davies, Shannon Shorr, Jonathan Little, and Sam Soverel.

The final seven players will return to the PokerGO Studio on Saturday, June 12, at 12 p.m. PT with the final table airing on PokerGO.com at 1 p.m. PT.