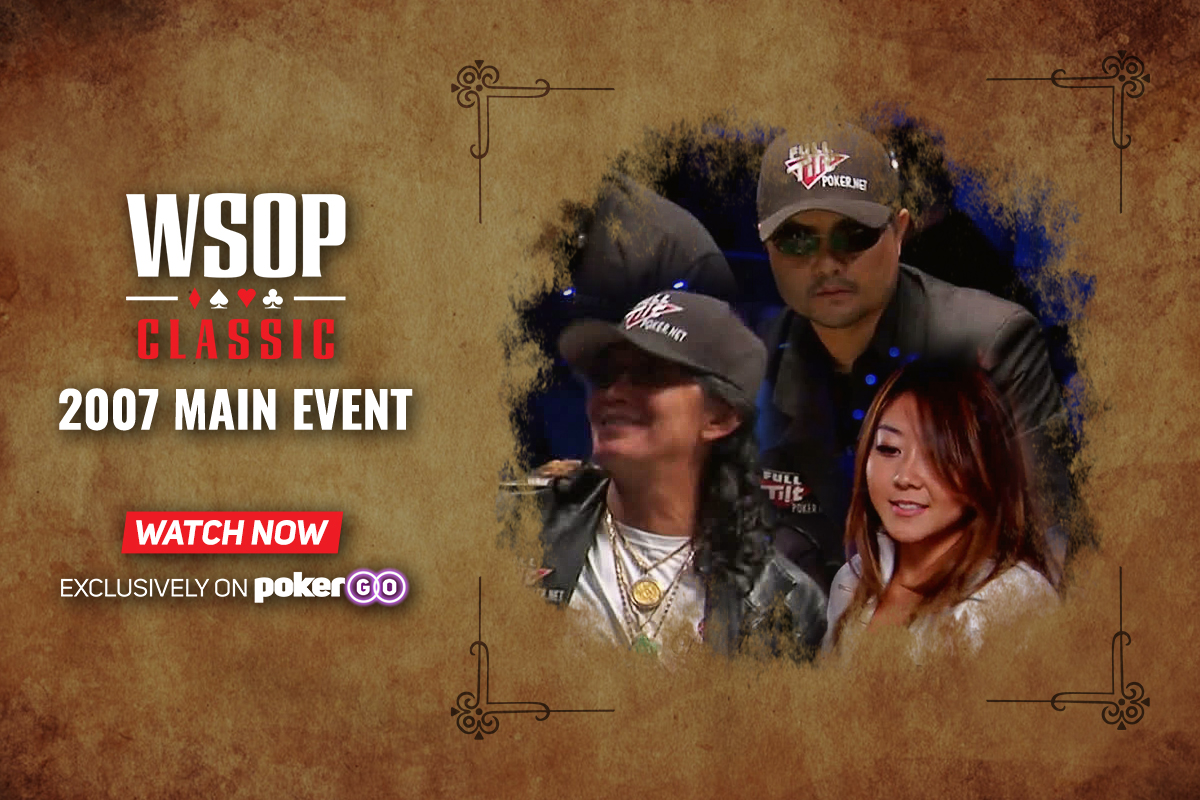 On the back of a record-setting previous year, the 2007 WSOP Main Event attracted a 6,358-player field that created a prize pool of $59.8 million. Another eclectic mix of players would navigate their way to reaching the final table as six countries were represented; Denmark, South Africa, United Kingdom, South Africa, Canada, and the United States – the most for any WSOP Main Event.

Along with a smaller field from 2006, the introduction of a flatter payout structure meant that reaching the final table would guarantee players a payout that was three-times smaller than the previous year. Although beginning the final table as the second shortest stack, Temecula, California native Jerry Yang rode a wave of good cards and good fortune to dominate the final table as he eliminated seven of his opponents on his way to being crowned the 2007 World Champion and the $8.25 million first-place prize.

Following in the footsteps of the previous few champions, Yang was nowhere close to being a household name when it came to poker. Prior to winning the 2007 WSOP Main Event, Yang had collected only four tournament cashes in California with his best result being a third-place finish in a $550 No-Limit Hold’em event for $6,985 at the 2006 National Championship of Poker at Hollywood Park Casino. Yang won a $225 buy-in satellite at the Pechanga Resort and Casino to guarantee his seat into the 2007 WSOP Main Event, and he wouldn’t be a staple on the broadcast until Day 6.

There are 16 episodes from the 2007 WSOP Main Event available now on PokerGO, and coverage begins with play from the four opening flights as previous Main Event champions fill the final table. Doyle Brunson kicks off action on Day 1a, before 2005 World Champion Joe Hachem takes center stage on Day 1b. Day 1c sees 2003 World Champion Chris Moneymaker at the feature table, while the final opening flight sees defending champion Jamie Gold at the feature table.

As the tournament progresses through the money bubble, new faces are showcased such as Hevad Khan, Dario Minieri, and Kenny Tran, and when the tournament gets down to the late stages, it is Scotty Nguyen looking to collect his second WSOP Main Event title. Unfortunately, Nguyen falls short in 11th place, and across the final two episodes, Yang showcases his skills as he navigates his way through the final table eliminating seven of his final opponents before being crowned the winner of the 2007 WSOP Main Event.

The 2007 WSOP Main Event was broadcast on ESPN and is now available on PokerGO. Select your favorite episode from the overview below and start watching right now.