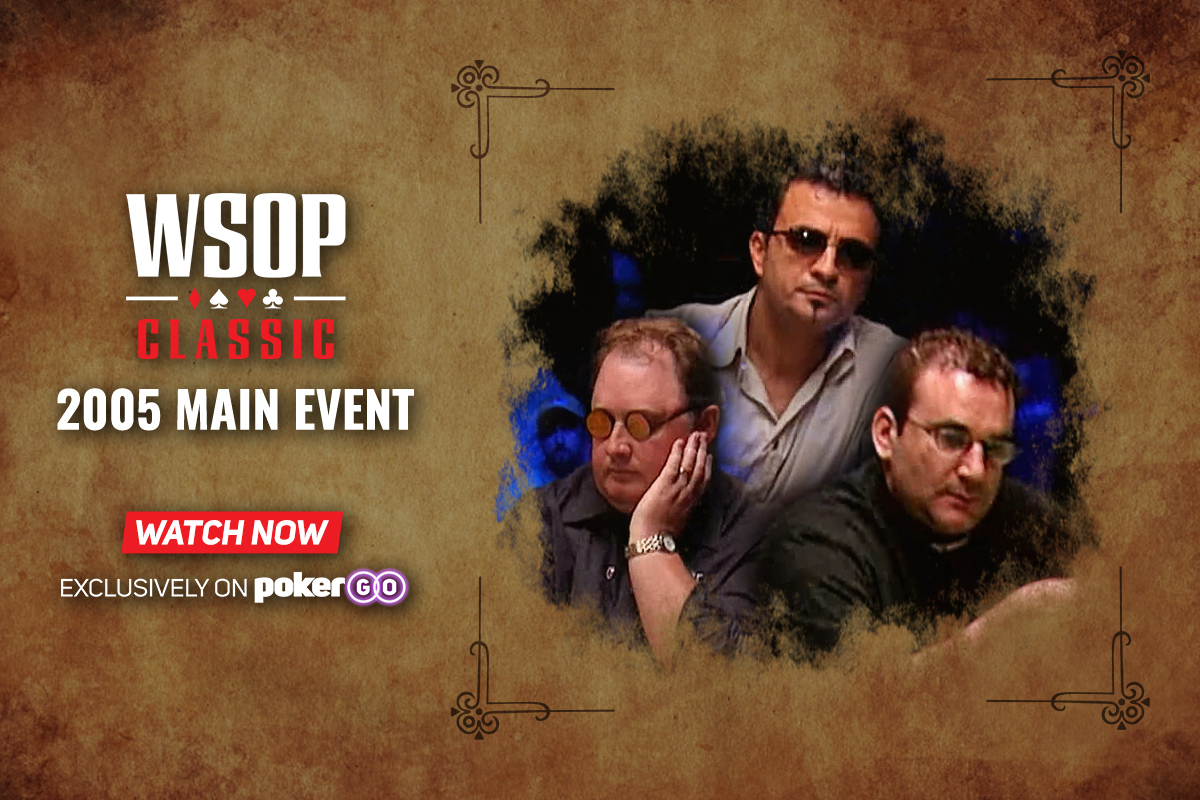 Following an accountant in 2003 and a patent attorney in 2004, it wouldn’t surprise many to see a retired chiropractor winning it all in 2005.

The 2005 WSOP Main Event attracted a then-record 5,619 players and created a prize pool of over $52.8 million. It would also be the first year that the WSOP moved to the Rio All-Suite Hotel & Casino, but the final two days of play would see the final 27 players return to Binion’s Horseshoe to play down until the winner was crowned.

Before becoming a professional poker player, Hachem was a chiropractor for 13 years in Melbourne, Australia. Hachem had already been playing poker for 10 years at Crown Melbourne, and when issues with his hands forced him to retire from being a chiropractor, he turned his hands to the poker table.

Having accumulated a little over $13,000 in tournament earnings dating back to 2000, once Hachem was given the all-clear from his wife Jeannie, he booked a trip to Las Vegas to compete in his first WSOP. In a $2,000 No-Limit Hold’em event, Hachem finished in 10th place for a $25,850 payday, and just a handful of days later, he would enter the 2005 WSOP Main Event.

That decision would result in Hachem following the footsteps of Chris Moneymaker and Greg Raymer in being crowned World Champion. Amazingly, Raymer was in contention to defend his title up until the penultimate day of play where he eventually finished in 25th place.

The final hand of the tournament was one of the best in WSOP Main Event history. Hachem flops a straight and check-raises Dannenmann, before the rest of the money enters on the turn following one of Hachem’s most famous quotes.

“I thought we were being friendly? All right. Stop. I’m all in.”

There are 12 episodes from the 2005 WSOP Main Event available now on PokerGO. Watch Greg Raymer put up a gallant title defense effort, Phil Ivey look to avenge his final table bubble from 2003, and Mike Matusow talk his opponent’s ear off as he makes a return to the Main Event final table.

The 2005 WSOP Main Event was broadcast on ESPN and is now available on PokerGO. Select your favorite episode from the overview below and start watching right now.